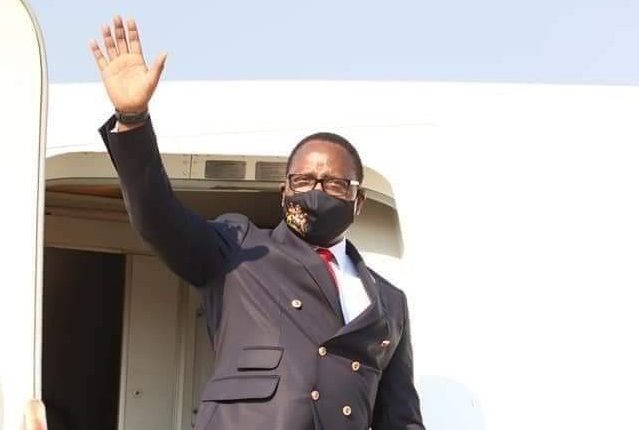 President Lazarus Chakwera will tomorrow arrive in Malawi, marking an end to a series of high-level engagements he had with top on the agenda his attendance of the United Nations General Assembly (UNGA).

Chakwera who left Malawi on 13th September was supposed to return today, but the ministry of foreign affairs issued a statement indicating that there would be a change.

In a statement, the Ministry of Foreign Affairs said this after Chakwera has been invited by the government of United Arab Emirates (UAE) to a bilateral meeting with Sheikh Mohammed Bin Zayed Al Nahyah President of UAE.

The Ministry says in this regard, Chakwera’s discussions with UAE President will begin on Monday and instead, he will arrive on Tuesday.

He will arrive through Kamuzu International Airport just before midday.