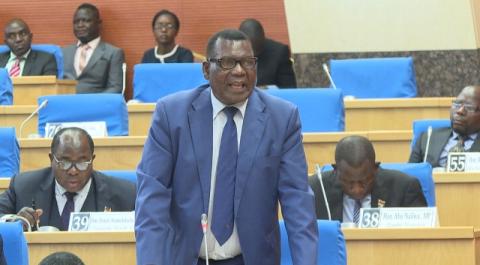 Chaponda for vibrant opposition in parliament

Newly appointed leader of opposition in parliament George Chaponda has called on DPP members who do not want to endorse his appointment to election to leave the party.

Yesterday, DPP members elected Chaponda as Leader of Opposition in Parliament replacing Kondwani Nankhumwa at a meeting held in Mangochi.

However, some members of the DPP have said they will not endorse the election of Chaponda because they were left out during voting.

But speaking to MIJ Online Chaponda said he is happy with election saying he wants to make a vibrant opposition.

Chaponda added that standing orders were followed in his election arguing no laws were flouted.

Meanwhile, Chaponda has asked the members who are not happy with his appointment to leave the party.