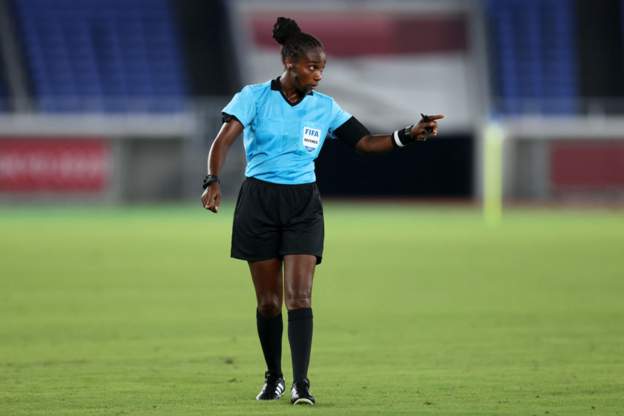 An all-women team are set to make history at the Africa Cup of Nations when they officiate in the Group B game between Zimbabwe and Guinea.

Rwanda’s Salima Mukansanga will be the first female main referee to ever officiate at a game in this tournament.

“Everyone here is eager to see this game, especially with this new history being written,” says the BBC’s Yves Bucyana in Cameroon’s capital, Yaoundé.

On 10 January, Mukansanga became the first woman to officiate at a game in the tournament when she was the fourth official in the game between Guinea and Malawi.

The nurse turned football referee has been trending on social media back home in Rwanda.

Eddy Maillet, head of referees at the Confederation of African Football (Caf), has described the upcoming game as a “historic moment”.

“We know that for a woman, she has had to overcome serious obstacles to reach this level and she deserves a lot of credit,” Caf online quoted him as saying.