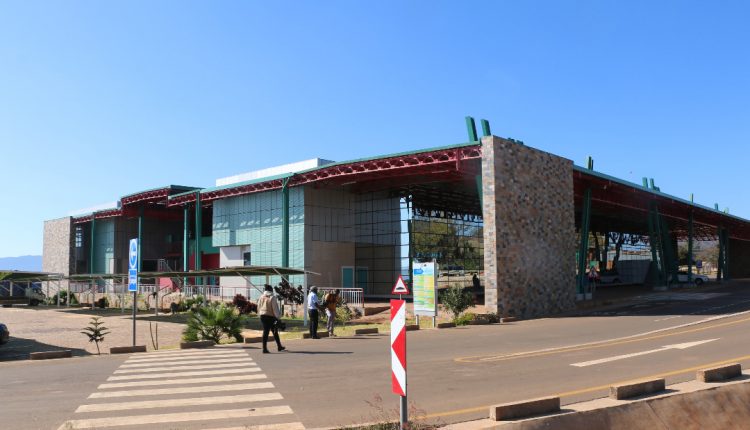 The Ministry of Trade and Industry has expressed optimism that the Mchinji – Mwami One Stop Boarder Post would significantly change the way of doing business at the border by improving cross-border trade.

Charity Musonzo, Director of Trade at the Ministry of Trade and Industry, said this during a sensitization workshop aimed at creating awareness about the new One Stop Border Post (OSBP) to the community and economic operators in Mchinji district and beyond.

Speaking at the Workshop, Musonzo said: “The One Stop Boarder Post will help in terms of free movement of people and enhancing trade facilitation in general, thereby further accelerating Malawi’s trade integration of the region and world markets. Under the African Continental Free Trade Area (AfCFTA), we are exposed to a market of over 1.2 billion people and a combined gross domestic product (GDP) of more than US$2.5 trillion across Africa. This OSBP therefore becomes a strategic tool for leveraging our own and our neighbours’ respective trade potential.”

Musonzo also enumerated the benefits that the users and the local community would derive from using the One Stop Boarder Post.

”With the new infrastructure present at the OSBP, we anticipate enhanced efficiency and effectiveness in border clearance processes. This will consequently reduce the time spent at the border and trade turnover will increase significantly”.

On her part, Tapiwa Mzunga MRA’s Mchinji Border Station Manager, noted the impact on revenues that will be created by traders using the border post. “Through this sensitization workshop, we are encouraging formal trade because this will increase the revenue for government and consequently development in the border community and beyond.”

She added, “As MRA we are committed to working with individuals that use this OSBP to ensure their products are well classified so that they have a smooth transition as they use this border and transport their valued products across the NACALA corridor and beyond.”

Commenting on its importance, TradeMark East Africa – TMEA’s Economic and Trade Advisor, Victor Mponda-Banda described the Mchinji OSBP as an important milestone for Malawi in cementing its position as a key player in trade in the Southern African region.

“The OSBP will improve efficiency by reducing time and transport costs for traders, tourists, transporters, and communities while crossing from one partner state to another.” Said Banda.

An OSBP uses simplified and harmonized legal and institutional framework, facilities, and associated coordinated procedures and processes that enable goods, people, and vehicles crossing a border, to stop only once in the country of entry. They undergo necessary regulatory controls in line with applicable regional and national laws to the adjoining state.

Over 25 learners see their education hurdles over