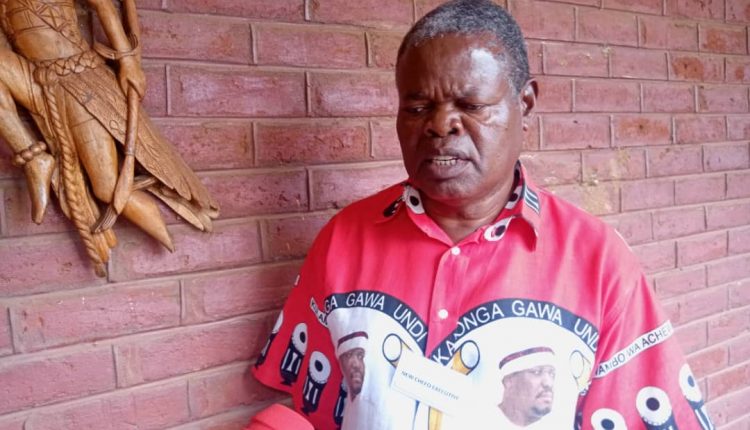 Two cultural groups, Mulhako wa Alhomwe and the Chewa Heritage Foundation have descended on an audio making rounds on social media and deemed divisive to Malawians along ethnic backgrounds.

In the audio; the speaker, purportedly speaking for the Chewa is attacking the Lhomwes, accusing them of being nepotistic during the reign of the Democratic Progressive Party.

In return; he suggests it “would have been idea to de-register the DPP to stop it from participating in political activities of the country”.

However, both Mulhako wa Alhomwe and the Chewa Heritage Foundation have come full-cycle on the author of the audio accusing him of tampering with people’s emotions to create animosity between people of different tribes.

According to Stanley Dr. Khaila, Chairperson of the Chewa Heritage Foundation, the audio is too-cheap to divide Malawians, whose bond is beyond their ethnic connections.

“Cultural groupings are there to ensure that, culture and traditions are alive, the voice note is deplorable … and we’ve engaged Mulhako wa Alhomwe to find permanent solution to end this type of behavior,” said Dr. Khaila.

On his part Pious Mvenya, chief executive officer for Mulhako wa Alhomwe has described the audio as disturbing.

He said: “We are very disturbed; there are a lot of intermarriages between us [Lhomwes and Chewa]. We need to co-exist. We hope this culprit will be identified and be disciplined. In fact we demand an apology from him”.