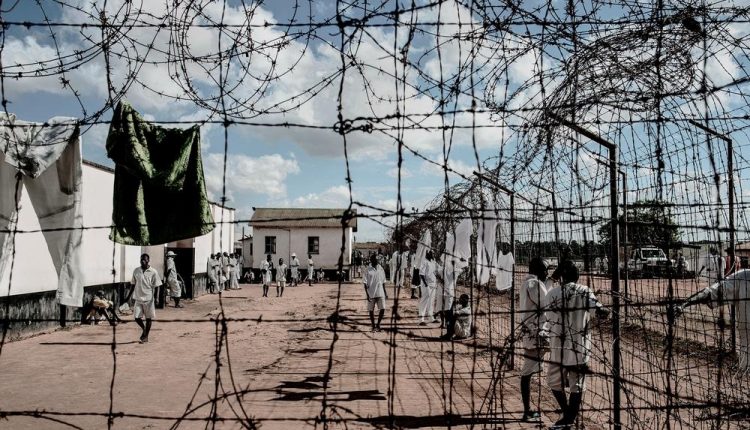 Expectation has it that he or she who commits a crime deserves some whip as some punishment to facilitate some rehabilitation.

Such is the expectation that upon the rehabilitation, the offender reforms and becomes a reformed person altogether.

No wonder states will put in place reformatory facilities like prisons to reboot offenders into productive and universally acceptable citizens.

However, what’s on paper seems different from what’s on the ground as the employment world does not seem to accept ex-convicts into the work force.

In spite of spending nine years at Chichiri Prison, he still can’t secure any employment as potential employers deem him still as an offender.

“ex convict is also a human being, he/she can do anything- the companies what they do, if they release a vacancy, they say they do not need the one with a criminal record-my question is, why are we sidelined.” explains Sam.

His concern and observation is shared by Victor Mhango a human rights advocate specialized in the plight of prison inmates.

He feels the stigma subjected to ex-convicts needs address.

“We believe that prison should be a reformatory place, but I think the stigma that is put on the prisoners is defeating the whole purpose of reformation.” he said.

Weighing-in on the stigma is Dr. Moses Muotcha – a human behavior scholar.
For him; the challenge is; the society is too judgmental towards ex-prisoners … a think with potential lead into psychological trauma for them.

“the society is so much into judging people. There’s a lot of stigma attached to people that have been incarcerated. The mental picture that they have is of the same person who committed a crime and they forget the fact that he has been reformed.” said Muotcha.

However, there’s a different perspective to this; for the Institute of People Management Malawi sees something different in all this.

In the words of Godwin Ng’oma the country’s prisons do not prepare incarcerated persons for life after prison.
For him; such is so; because prisons in the country are generally punitive and non-reformatory in nature.

“the the convicts are coming out of prison, what is it that prove that they have been reformed? When I look at it myself I look at it that our prisons are more of punishment prisons than reformatory prisons.” he said.

But Sam disagrees with Ng’oma.

He says; on his return from the prison … he came out a qualified jeweler courtesy of vocational training he undertook while in prison.

“life in prison is so tough, the only thing that I can advised people is that being a convict is not a good thing. But you can still learn something there, I stayed for nine years and I learned something like jewelry, now I’ve been released and I am surviving on the jewels I make sells from.” he explained.

This story; isn’t just about the problem, there’re solutions too.

For instance; Mhango proposes a review to the country’s labor laws which restrict ex-convicts from securing any employment, until a period of seven years from completion of his/her sentence.

“I think its about changing the law. If you have read our law-it is said that no one can be employed in the private sector at least seven years after coming out of prison. So the law is already saying that you can not be employed because you are an ex convict. So discrimination starts with the law.” said Mhango.

And prison authorities have their own take on the matter.

Through their reformatory programs Chimwemwe Shaba – spokesperson for Malawi Prison Service says prison facilities in the country aid the reformation of inmates.

“We operate on our mandate- which is to house, detain and to rehabilitate our prisoners. So we have several rehabilitative programs, for example- carpentry and joinery, welding and fabrication, tailoring among others.” said Shaba.

Because the matter deals with industrial issues and … the Employers Consultative Association of Malawi through its president George Khaki feels it’s time to adopt a multi-sector approach in deliberating upon this matter.

This and other solutions aside, Shaba decries the inadequacy of rehabilitative resources across the country’s prison facilities.

According to the 2018 Malawi Inspectorate of Prisons Report Malawi prisons live a lot to be desired not to mention but concerns of space which also needs some redressing.

With this Parliament feels also its time to reflect on some legal provisions governing the welfare of prisons in the country and in particular Section 20 of the Labor Relations Act.

And Peter Dimba – chairperson of the Parliamentary Committee on Legal Affairs commits to picking the matter up for parliamentary deliberation.

While wondering about the section which stops a fraud convict from job offers within a five-year period … Dimba says it’s time to rethink such legal provisions.

“Its quiet unfortunate that that’s how ex convicts are treated-according to regulations that after spending their jail term its difficult for them to be integrated. Actually the constitution does not condone discrimination of any kind. So I think there is need to rebuild such laws and regulations because in my view they are quiet unconstitutional.

For years and years ex-convicts have remained prisoners even in the free world … but them; and the world at large wait for the lucky day when the law shall change to make them free once more.