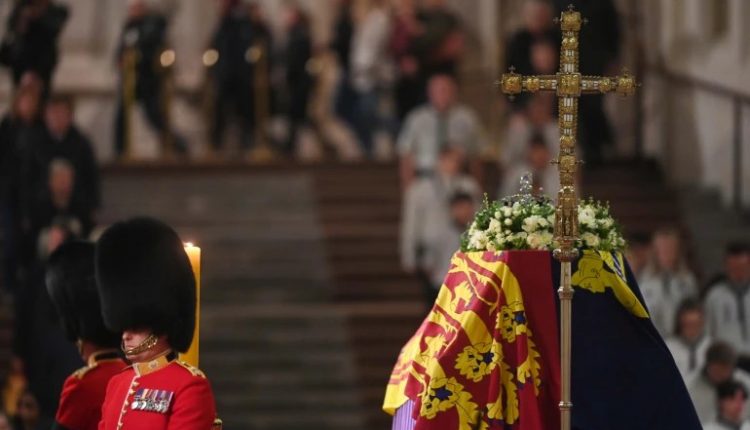 Britain is preparing to bid a final farewell to Queen Elizabeth II in a grand state funeral, with dozens of world leaders and royalty from Europe to Lesotho and Japan to be among the 2,000 people attending the funeral at Westminster Abbey in central London.

The public viewing of the queen’s coffin, draped in the royal standard with the imperial crown, orb and sceptre on it, will end at 6:30am (05:30 GMT) on Monday, followed by the funeral.

Hundreds of thousands of people had queued for hours to file past the oak coffin during the four days it lay in state. The estimated waiting time peaked at more than 25 hours early on Saturday and was eventually closed to newcomers on Sunday.

“You were fortunate to have had her for 70 years. We all were,” President Biden said, describing the queen as “decent, honourable, and all about service”.

Britain held a moment of silence on Sunday evening in honour of Queen Elizabeth.

King Charles III said he and his wife Camilla, the queen consort, had been “so deeply touched” by messages of condolence and support from Britain and around the world following the death of his mother.

Govt criticized over issuance of licenses to cooking oil importers

Introduction of Portuguese and French in Malawi schools sparks debate