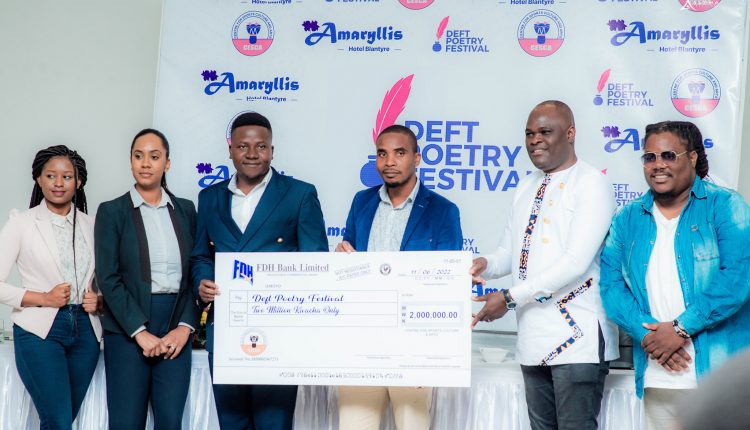 Organizers of Deft poetry festival have described as a massive boost a donation of 2 million kwacha by Centre for sports, culture and arts ahead of the festival next month.

Poets across the country are slated to be part of the festival on 30th July at Amaryllis Hotel in Blantyre.

In reaction to the donation, Rodwell Lumbe the director for Deft Media said the donation will go a long way in ensuring that preparations for the activity take a good shape.

Currently, according to Lumbe, they are still receiving applications for the festival whose theme is adoption of renewable energy with an aim of sensitizing the public to make use of renewable sources of energy.

On his part, Kaleb Thole managing, Director for Centre for sports, culture and arts were said they saw it fit to extend a helping hand so as to promote local talent and cultures.

He further called on other organizations to support the event saying other nations are heavily reaping from art.