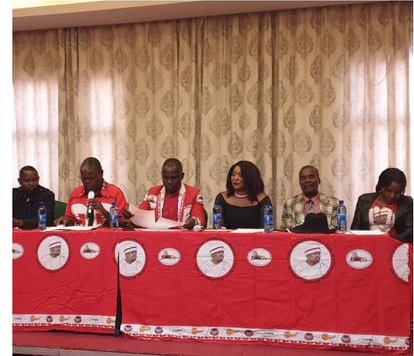 In a dramatic twist of events, the Chewa Heritage Foundation (Chefo) has announced dissolution of an organizing committee that was spearheading a Mkumano wa Achewa fundraising event which was slated this month aimed at raising funds for the Kulamba ceremony.

The foundation has also moved to quash a decision made by the committee to settle for multi-award-winning musician Tay Grin as ambassador for the event.

On 9th June, it was announced that proceeds from the event would be used for Kulamba ceremony with Tay Grin famed for his cultural attached songs like 2 by 2 and Chipapa as ambassador.

But according to Dr Stanley Khaila, Chefo National Chairperson, the organizing committee was not adhering to protocols hence the dissolution.

‘’They were also soliciting funds using accounts not duly recognized. We find that as unfortunate as a fraudulent act. More so, although Tay Grin approached us before, we feel that they rushed and we also dissolve that said appointment,’’ said Khaila who was flanked by other committee members.

The Mkumano wa Achewa event has been organized with the aim of mobilizing financial resources for the annual Kulamba event which is held in Zambia.

Khaila has since said the event will now be held on 9th July at Civo stadium.

Kulamba is a cultural event which is meant to celebrate the Chewa culture.