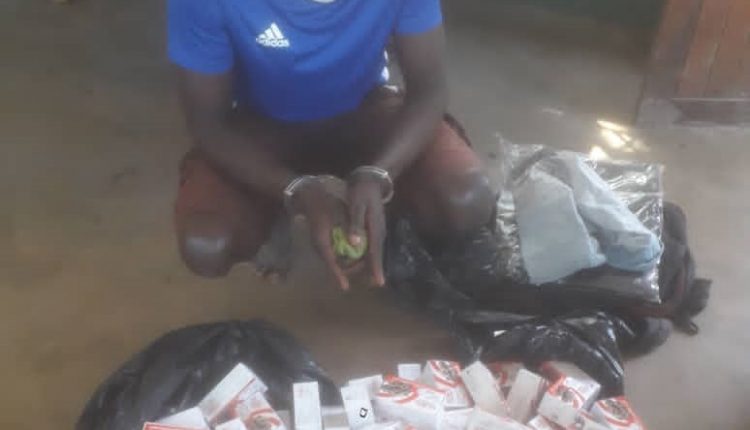 Police in Chikwawa have taken into custody a man for allegedly found in possession of medical drugs without license.

Chikwawa Police Station spokesperson Dickson Matemba has identified the suspect as Tchesi Nzeru, 27, of Sorgin Village, in the area of Senior Chief Mbenje in Nsanje District.

Matemba said Nzeru was intercepted at Kamuzu Bridge Roadblock on May 25, 2022, as he was traveling from Blantyre to Nsanje in M1 road using a public transport.

Matemba said upon arrival at the said check-point, police officers conducted search where he was found with 90 boxes of Doladol.

When he was asked for supporting documents he failed hence the arrest.

Nzeru will be taken to court soon to answer the charge leveled against him.

In a related development, the same police on that particular day arrested Yohane Mitengo, 35, of Mpokonyola Village, Traditional Authority Katunga in Chikwawa District for being found in possession of 5 plastic bags of loose cannabis sativa popularly known as Chamba.

Meanwhile, police in the district have strengthened security in all main checking points namely Kamuzu Bridge and Thabwa Roadblock to curb criminal activities.