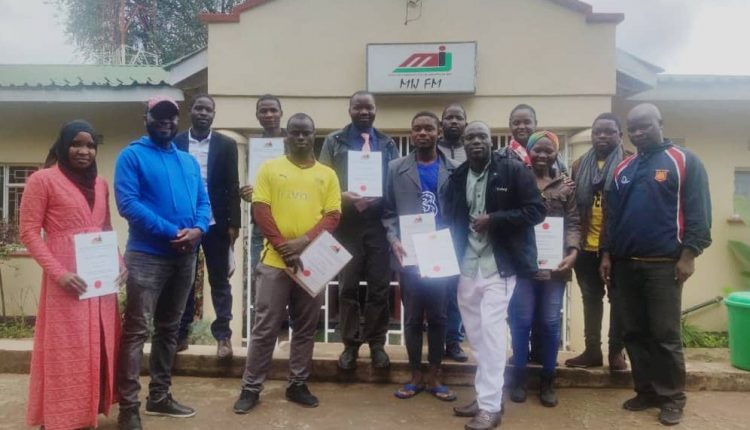 In a latest move, the institution has conducted a short course in Blantyre where several trainees were drilled on best journalism practices.

The trainees were taught about practices in media related activities which among others include, news gathering and writing.

According to Roselyn Makhambera, Broadcasting Services Manager for MIJ FM, the country is infested with citizen journalists, most of whom are not skilled, something that gives a room for spreading false or unverified information to the general public.

Makhambera described the course as a milestone saying the participants are now able to report on issues transpiring in their communities and have essentially acquired knowledge in the field.

“The course is very important, at the moment a lot of people have developed an interest in reporting on matters happening in their localities, the initiative is aimed at helping such individuals in being professional in telling their stories to the populace,” she said.

On his part, Everson Mkhaya who is an Environmental officer by professional said the skills he has acquired will assist him in reporting on issues affecting the environment among others.

“This will boost my career because I have acquired skills that will help me in concept and script writing and I will be writing on environmental issues like a professional henceforth,” said Mkhaya.

After the training, the attendants have been awarded certificates of attendance in Short Course in Broadcasting and Multimedia studies which started from June 27th to 1st July, 2022.