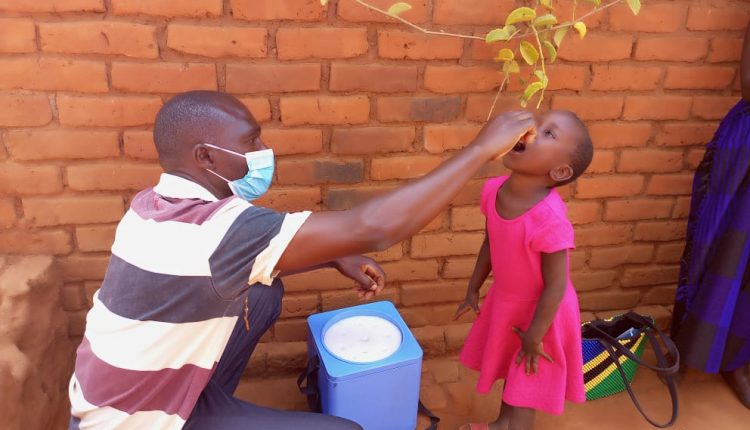 Ministry of health on course to meet polio vaccine targets

Government rolled out round four of the Polio Vaccination which commenced on 13th October and it is expected to run through Sunday, 16th October. The vaccine is being administered on Children under 5 years.

In Ntchisi; James Mtonga, District Environmental Officer at Ntchisi District Hospital said this far, they have managed to vaccinate 32,480 children out of the 56,000 which is the target.

“In just two days we have covered 58% of our target, we are hopeful that we will be able to meet our target by 16 October. We have 218 teams of vaccinators on the ground and we are targeting households, Community Based Early Childhood Centre and anywhere we get the children.” Said Mtonga.

In Mchinji; Happy Mwale, Health Promotion Officer for Mchinji District Hospital said “we have deployed 247 teams of vaccinators to administer the vaccine to 105,700 children. We are hopeful that we will meet the target as in the previous phase we managed to beat the target by 102%.”

Monica Joseph, one of the parents from Kamkanga Village, T/A Mlonyeni in Mchinji District, thanked ministry of health for administering the vaccine door to door.

“This has saved us time and money, going to the hospital could have cost us a lot as it is far from here. I would like to thank the hospital officials for coming to my house to vaccinate my child”. Said Joseph.

The ministry is targeting to reach 3 million children across the country with the Polio vaccine.

This is round four of the immunization exercise and two more phases are expected.

BSR cheers the sick at Qech