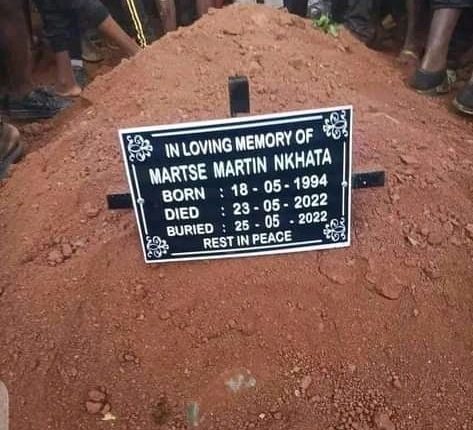 Minister of Tourism, Michael Usi has called on the Nkhata family to clear the mist surrounding the death of musician Martse.

This was after Uchizi Nkhata who represents the Nkhata family described events that led to the death of the celebrated musician.

Nkhata said: “Martse was on a vacation in Mangochi and during the night, he went to the living room to charge his phone. It was when fire started and together with the other friends managed to get out. But Martse went back to the house where he got burned”.

In reaction Usi says the fact that people screamed in disagreement when the events were being explained mean that the family must explain further.

On his part, Richard Chimwendo Banda has said police must also investigate because the story does not appear to add up.

The artist famed for songs like Mwano and Tchwe died on Monday at the age of 28 and has now been laid to rest in Lilongwe.