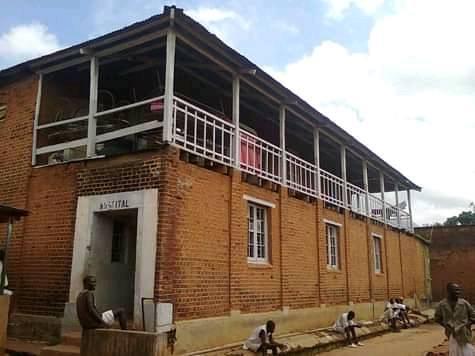 By Brenda Kaonga On Oct 14, 2021
Share
Over two thousand inmates at Zomba Central Prison risk contracting waterborne diseases as they have spent more than three days without water.
According to inside sources, there is no sanitation at the facility which is putting the prisoners at risk of contracting cholera and typhoid.
However, Chimwemwe Shaba, spokesperson of Malawi Prison Service has confirmed that there are water problems at the facility.
Shaba has told MIJ Online that the situation is due to technical problems in payment of the water.
But Shaba has said that the problem will be rectified by today.
Besides, Shaba said the inmates are drawing water from houses belonging to officers at the prison.
Meanwhile, Victor Mhango , executive director of Chreaa , one of the organizations that advocate for rights of prisoners has confirmed that the organization has received reports that the inmates have stayed for four days without clean water because the water was disconnected due to bills.
Mhango said this is sad because the inmates depend on water for bathing, for toilets and cleaning.
He said he sympythises with the prison department because it gets low funding in the budget.
Malawi lawsMalawi prison
Share FacebookTwitterGoogle+ReddItWhatsAppPinterestEmail