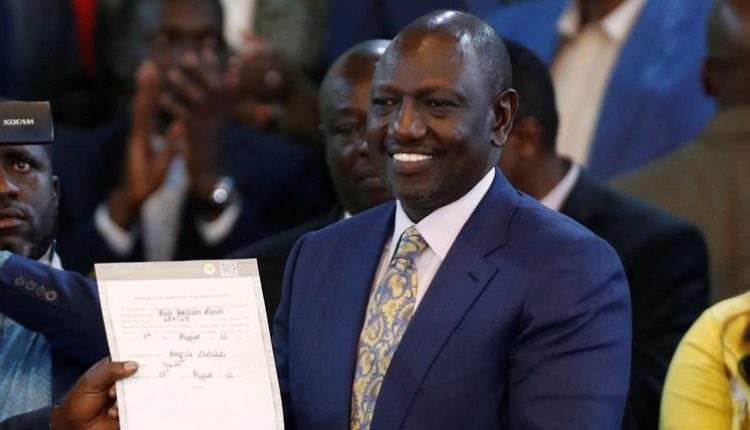 Kenya’s incumbent Vice President, William Ruto, has been declared the winner of the just concluded presidential election in the East African country.

Ruto also achieved the minimum 25 per cent of votes in 39 counties.

Announcing Mr Ruto as President-Elect, Wafula Chebukati, chairperson of the Independent Electoral and Boundaries Commission (IEBC), said, “in accordance with the Constitution and the law, chairperson of IEBC hereby declare that Ruto William Samoei has been duly elected as the President of the Republic of Kenya under the provision of Article 138 of the Constitution of the Presidential election held on August 9, 2022.”

Odinga enjoyed the support of the incumbent president, Uhuru Kenyatta.

The results have, however, been rejected by Odinga while four of the seven members of the electoral commission also refused to authenticate the result.

“We cannot take ownership of the result that is going to be announced because of the opaque nature of this last phase of the general election,” the BBC quotes Juliana Cherera, the vice-chairperson of the IEBC, as saying.

“We are going to give a comprehensive statement… and again we urge Kenyans to keep calm. There is an open door that people can go to court and the rule of law will prevail,” she said.