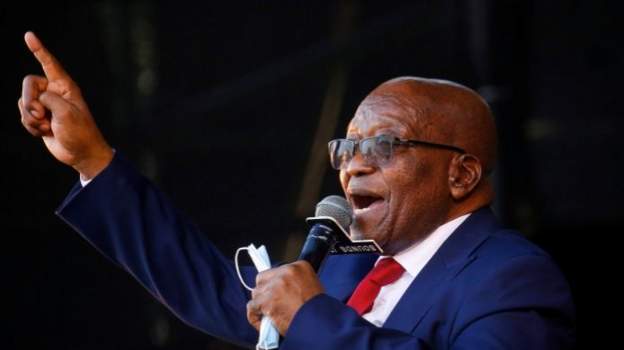 South Africa’s former President Jacob Zuma’s corruption trial – which was due to resume on Tuesday – has been postponed for medical reasons.

His legal team applied for the postponement after the 79-year-old was admitted to hospital on Friday for an undisclosed condition.

It is the latest in a series of delays in the trial which also involved French arms company Thales.

Zuma, who is currently serving a 15-month sentence for contempt of court in a separate case, will be expected to present proof to the court of his illness.

The former president’s medical team have been given until 20 August to file a report to the court.

The state will also appoint an independent doctor to examine him to establish his fitness to stand trial.

Zuma is facing a string of charges including fraud and racketeering.

He has pleaded not guilty to all the counts and says the trial is politically motivated.