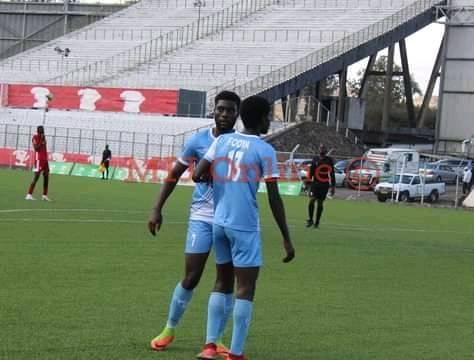 Silver Strikers have withdrawn from the CAF Confederations Cup, the club has said.

The Confederation of African Football (CAF) set CAF A License as a basic  mandatory requirement for all head coaches and CAF B License for  Assistant Coaches in the 2021/2022 CAF Inter-Clubs competitions, those who do not fulfill the requirement would not be allowed to be on the technical bench during the matches.

Meanwhile, Silver Strikers has replaced Dr. Victor Mandlopa who was chairperson of the board for the club.

According to statement released by the club signed by secretary Martin Kachikwati the decision follows an election held at its meeting on 5th August.

“We are pleased to announce that, at its meeting on 5th August 2021, the Board of Silver Strikers Company Limited elected Mr. Rodrick Chattaika as the Chairperson of the Board of the company.

“Mr. Chattaika replaces Dr. Victor Madhlopa. Chattaika has served in the Board of Silver Strikers Company Limited for over six years and holds a Masters in Business Administration with extensive experience in corporate management and institutional administration”.

Few days ago Dr Mandlopa confirmed the firing of head coach Daniel Kabwe and others before the decision was revised later on.