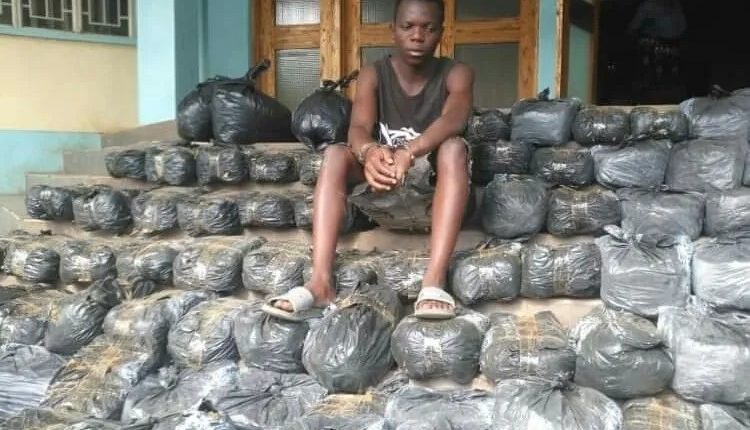 According to Inspector Ian Ntaba, a prosecutor at Limbe Police Station, the convict was on June 15, 2022, found with 78 plastic bags full of the illicit drug, weighing 134 kilograms.

Inspector Ntaba told the court that on the material date, Limbe Police detectives working on a tip, invaded his house, and found him with the drug.

He was later arrested and charged with found in possession of Indian hemp without license, an offence that contravenes Regulation 4(a) of the Dangerous Drugs Regulations, as read with Section 19(1) of Dangerous Drugs Act. During court session, John pleaded guilty to the charge levelled against him.

The state prosecutor, asked the court to grant John a custodial sentence, saying despite being the first offender, the quantity of the hemp was huge. Ntaba further said the Indian hemp could have contributed to moral decay and criminal activities among youths and adults who could have accessed the hemp.

The state prosecutor therefore prayed for a reformatory sentence in accordance with the sentencing guidelines for offenders convicted of possessing Indian hemp without license.

In mitigation, the convict pleaded for leniency on the ground that he is a young man aged 19, with parents and siblings to take care of. Passing his judgement, Senior Resident Magistrate Byson Masonga concurred with the state prosecutor and quashed John’s mitigation factors.

To deter would-be-offenders, Masonga therefore sentenced him to 8 years imprisonment with hard labour.