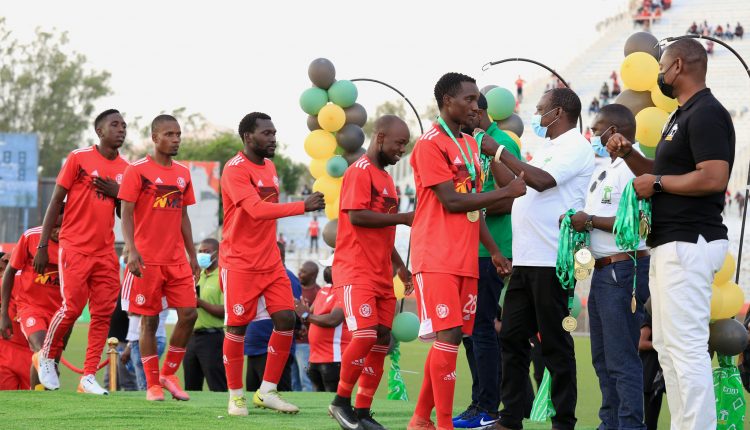 Super league heavyweights Nyasa Big Bullets have launched accolades for Player of the Month and a special recognition of highly involved players.

This was announced today with Bullets officials stating that the move involves Hubertus Clausius Limited, an international insurance broker which is one of the club’s commercial partners.

According to Albert Chigoga the club’s Chief Administrator disclosing that outstanding players will receive K100 thousand monthly awards and a miniature courtesy of Hubertus Clausius Limited.

‘’We feel this will go a long way in stimulating support for the team and the involvement of our fans with potential benefits to them as well for the top five supporters casting their votes using our 4141 SMS platform’’ he said.

On his part, Malinda Chinyama, Director of Finance at Hubertus Clausius Limited, the deal will also go a long way in facilitating the fruition of the deal between the two entities.

Meanwhile, the voting of the best player has been backdated with the winners to be announced during the side’s home match.

In December last year, the two entities clinched a deal which will see the team earning 20 percent in commission from gross sales of Bullets supporters.

Among other things, Bullets will attain insurance services from Hubertus with an expectation of improved brands.